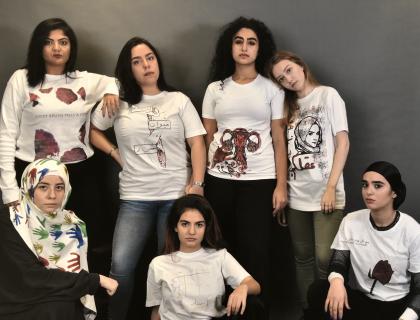 On December 6 at Sheikh Zayed Exhibition Hall, LAU’s Institute for Women’s Studies in the Arab World in partnership with ESCWA hosted “Fighting Gender-Based Discrimination with Arts”. The roundtable was a powerful and emotional one that featured actress Natasha Choufani, LAU ’s Coordinator of the Fashion Design Program Jason Steel, and artists and activists Michelle and Noel Keserwany.

In unison with “16 Days of Activism against Gender-based Violence” a regional youth-driven arts competition was also organized by the IWSAW and ESCWA. 8 LAU fashion design students created original pieces that tackled the theme of gender discrimination against women. These pieces were showcased during the roundtable and tackled different topics that ranged from domestic abuse to undermining women capabilities. Nicole Khoury, an LAU fashion design student, was really proud of her participation since  it allowed her “to project a voice and a vision so that the powerless can speak”. 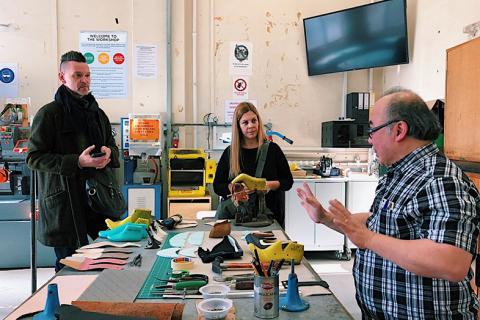 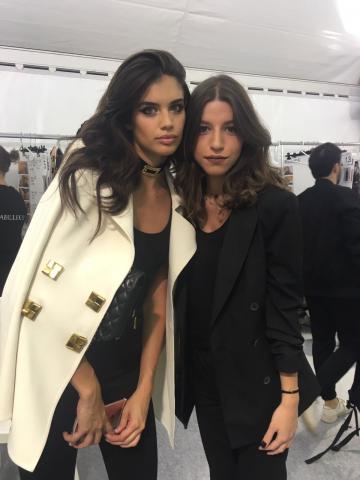 Men in Skirts: A backstage ticket for the Elie Saab fashion show 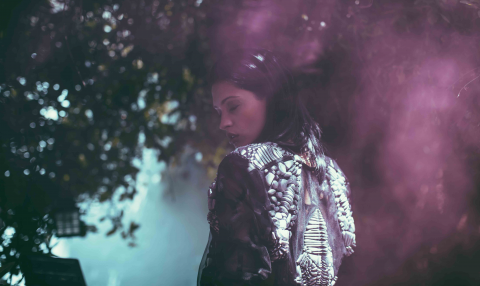